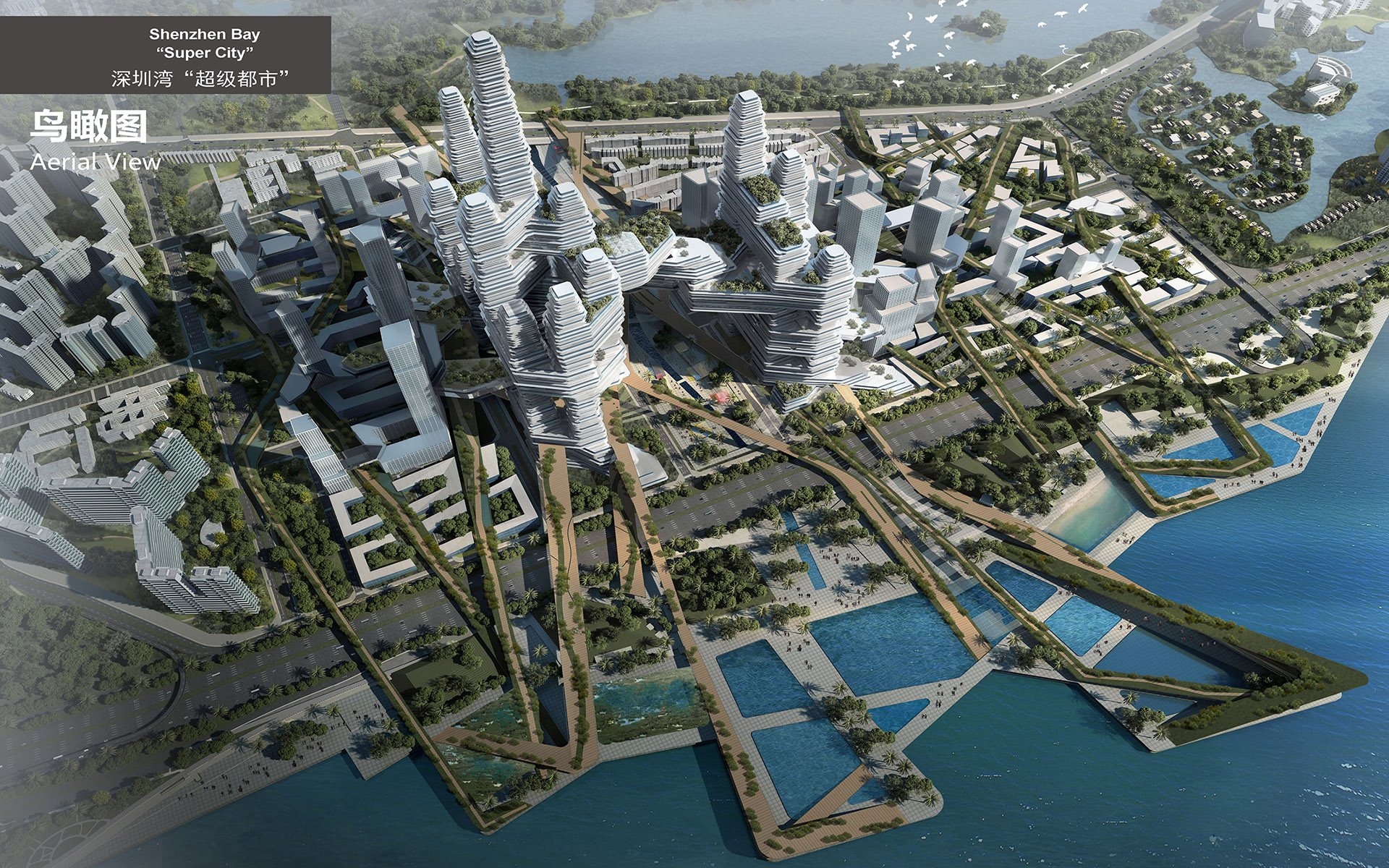 Urban Future Organization and CR-Design in Shenzhen, China in collaboration with a small team of experts in design computing and regenerative design at Chalmers Technical University, Sweden have been awarded the highest prize in the skyscraper competition Shenzhen Bay Super City with their visionary project titled Cloud Citizen. Cloud Citizen is a futuristic proposal for a green, hyper dense, three dimensional city in the Shenzhen Bay area across from Hong Kong. Cloud Citizen is as much a strategy for how to build future cities capable of giving back more to the environment than they cost, as it is a singular iconographic mega building complex with an identifiable and striking skyline giving character and hope to the vision of a greener future enabled by human enterprise.

The competition brief asked for a new 170 ha financial city district including three high-rise structures, several cultural buildings as well as a landscape connecting the new district to the surrounding city. The proposed design should be a new iconic financial district for Shenzhen making the city part of the league of cities including La Defence Paris, Canary Wharf London, ECB Frankfurt Area and the Presnensky District in Moscow. The new interconnected district acts as the next step in the development of the Shenzhen Bay Ring area from a production oriented city to a modern service oriented, high-tech, innovative green city.

Cloud Citizen confronts the traditional way of building large cities and stretches the borders of personalisation, communication and densification of architecture deemed necessary to approach the ideal of regenerative design. The design offers a spatially and programmatically diverse alternative to prevalent high rise monocultures.The proposal consists instead of one connected mega structure creating a third dimension of the city reaching 680 meters into the sky. Cloud Citizen is a continuous metropolis with programmed public space suspended in the air comprising both office space for an envisioned IT industry cluster, commercial, leisure and cultural space. Each suspended public space creates a profound identity and acts as a catalyst for surrounding small and big businesses inspired by the bustling Hutong lifestyle. The overall scale in broken down smaller units and a large variety of space creates a unique environment for interaction and creativity. Each public space is connected with a park that acts like a green lung and communication network in all three dimensions. The new plane of reference stimulate new ways of working, meeting people as well as promoting healthy lifestyles where an increasingly sustainable life is attractive in its own right.

Cloud Citizen is an integral part of the urban ecosystem , it harvests rainwater, it produces power from the sun, wind and algaes, it stores carbon and filters particles from the air, it provides sanctuaries for wild plants and food production modules and in sheltered locations of the structure skyparks are providing the cloud citizens with closer proximity to nature, leisure and healthier lifestyles which is a dream of a new Chinese generation. 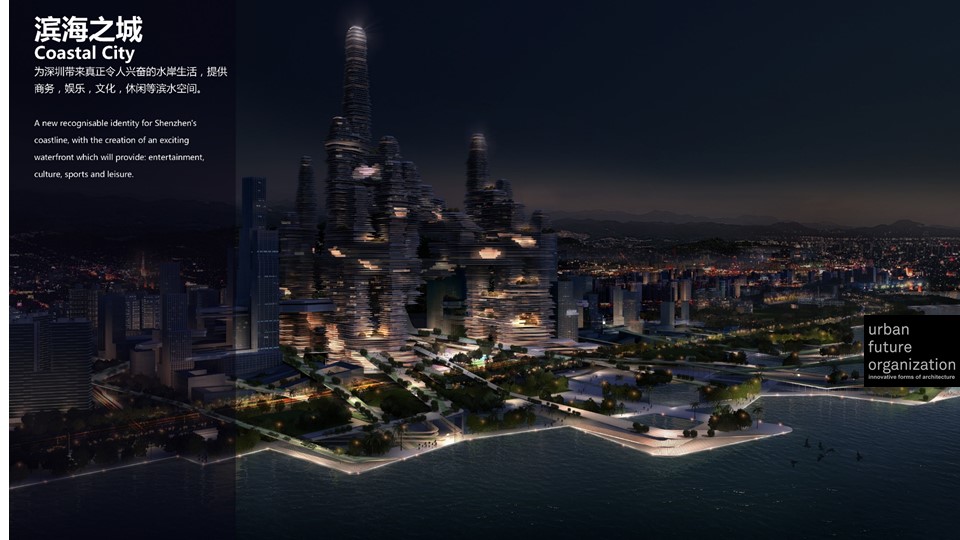 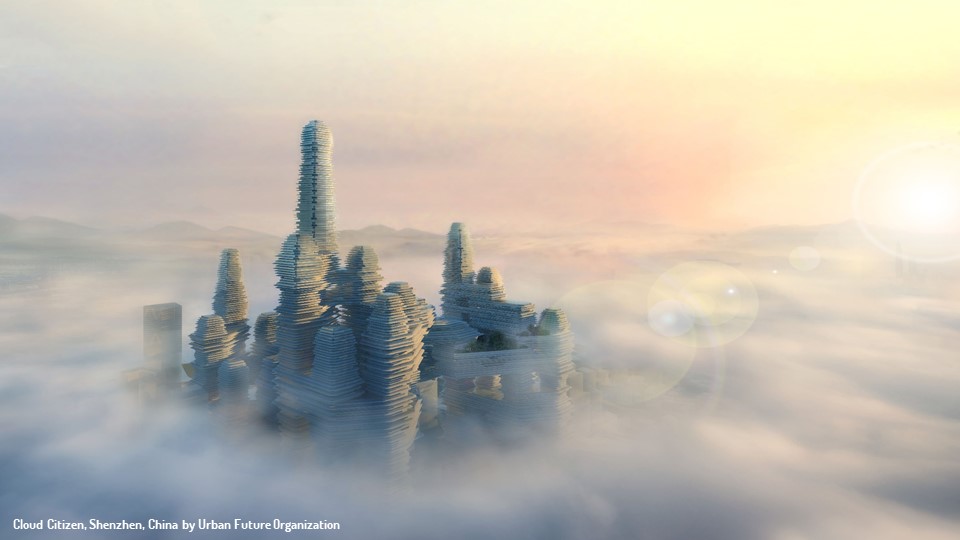 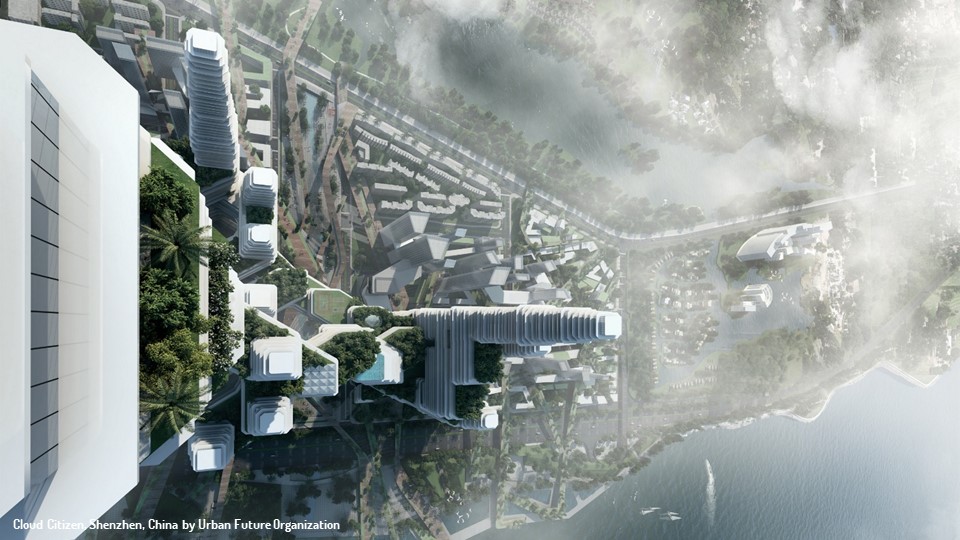 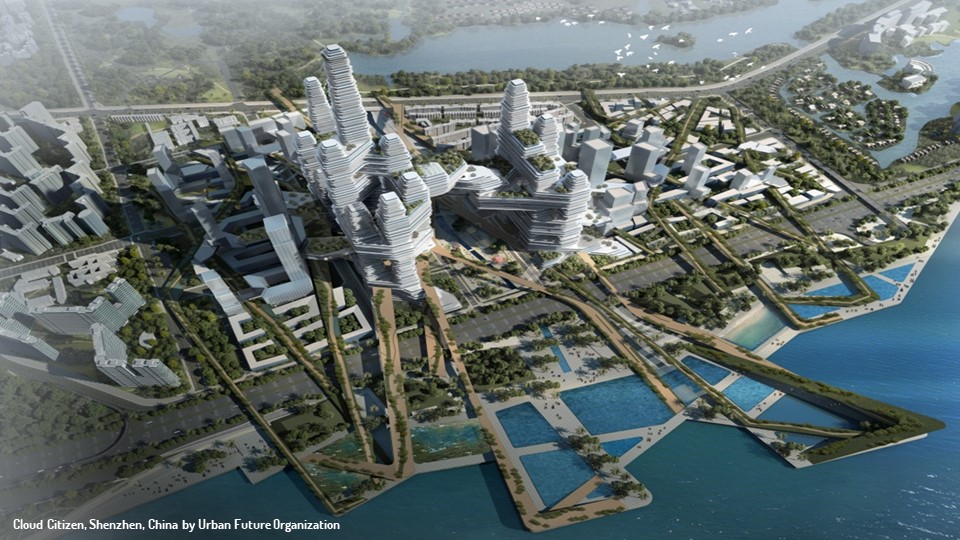 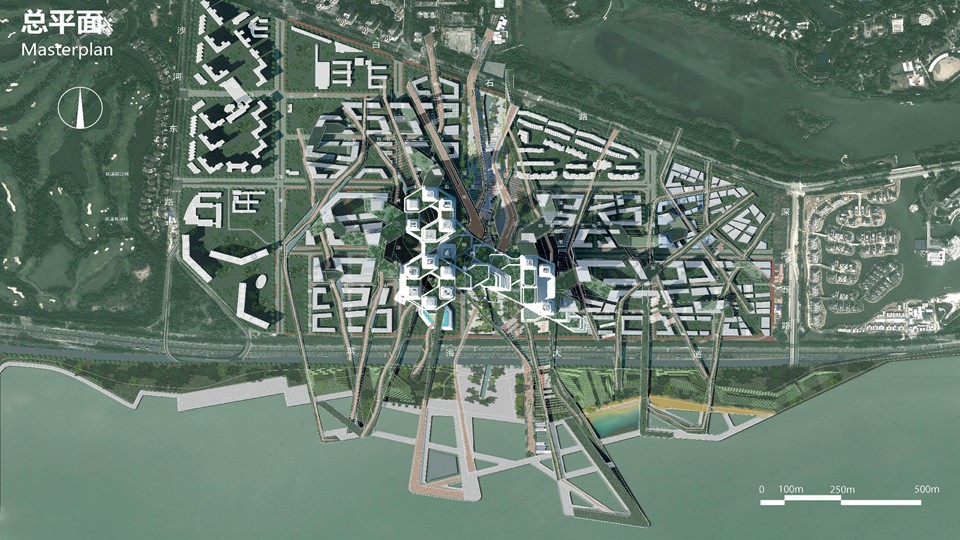 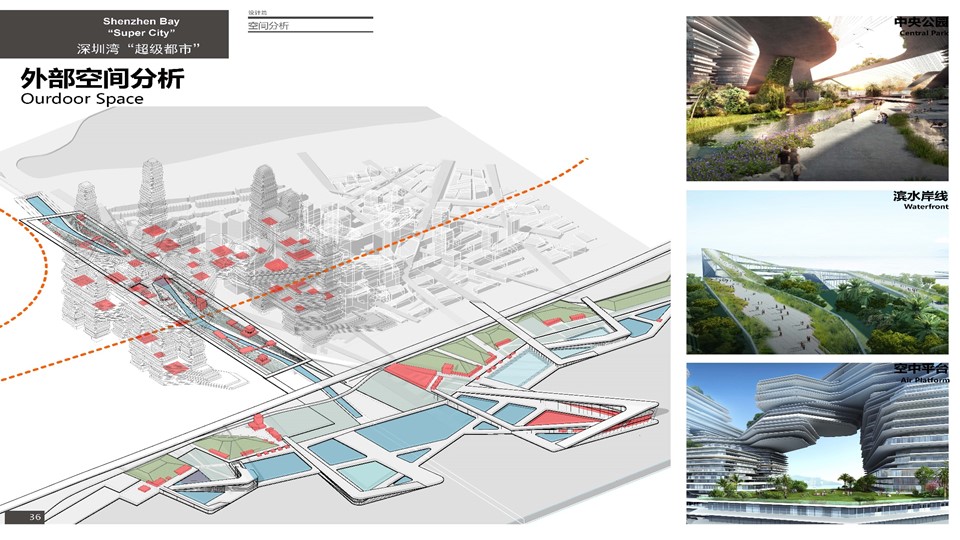 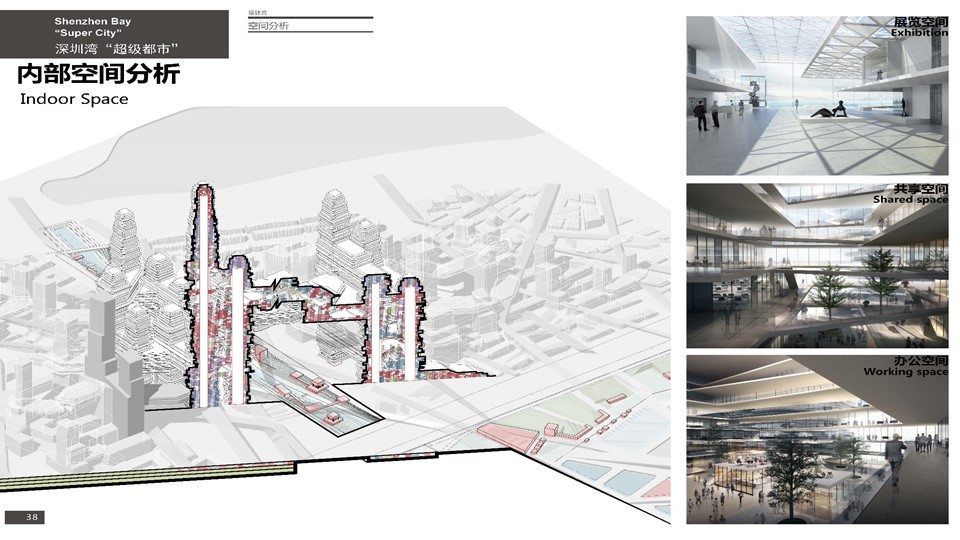 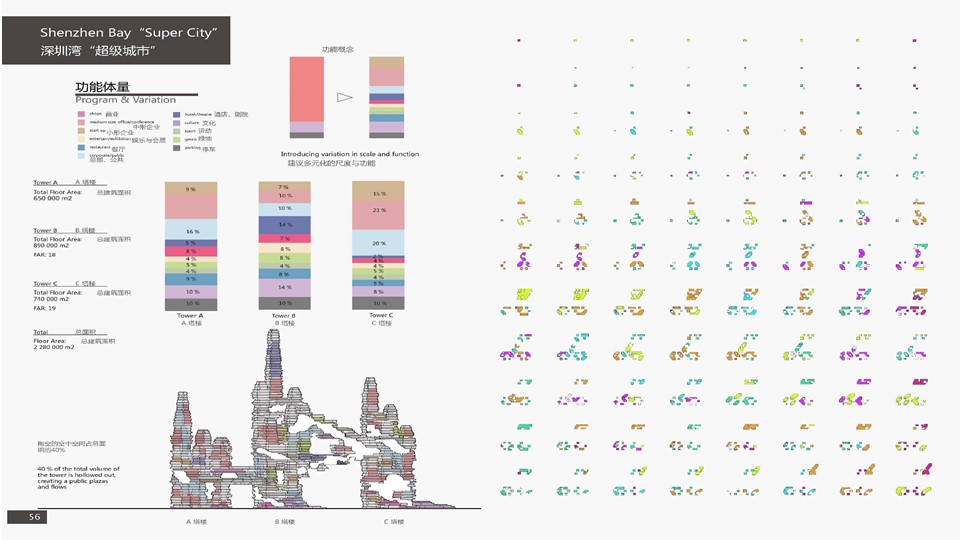 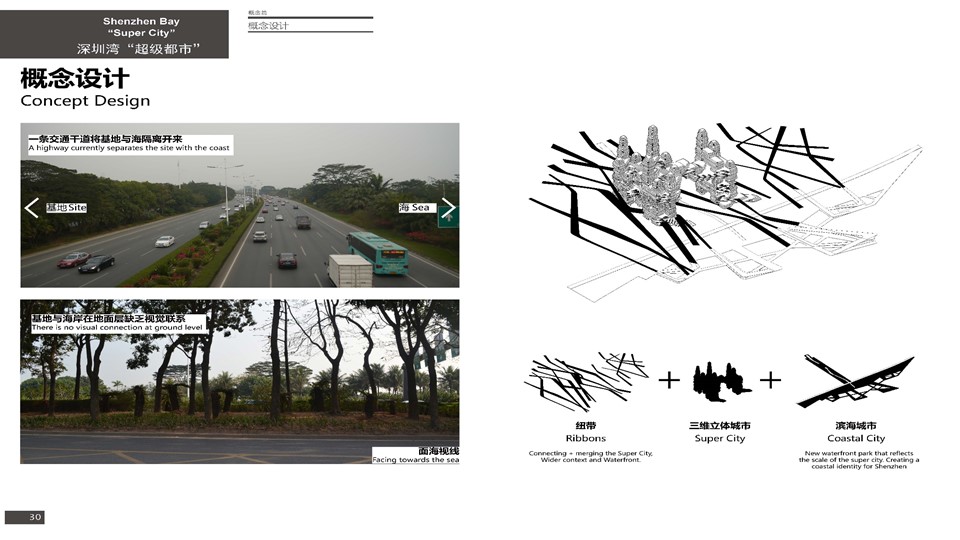 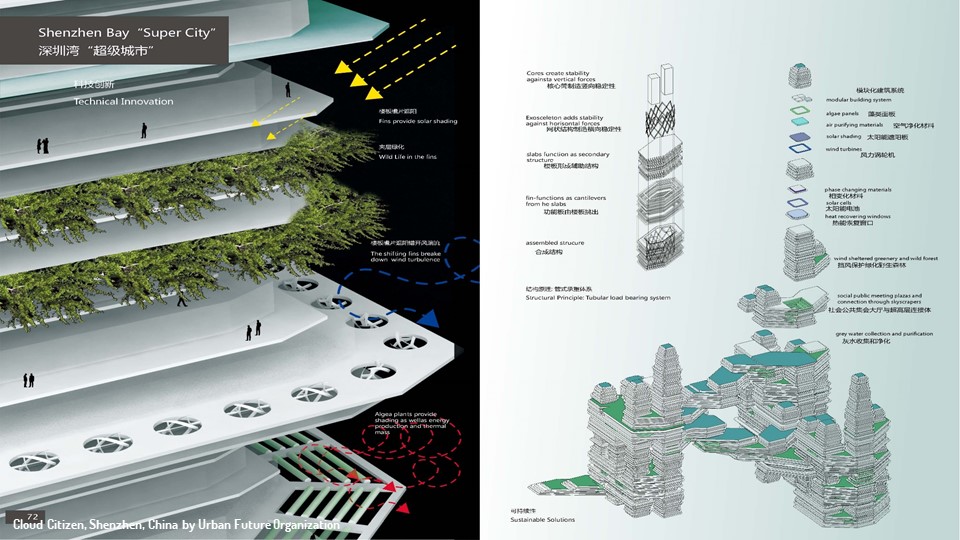 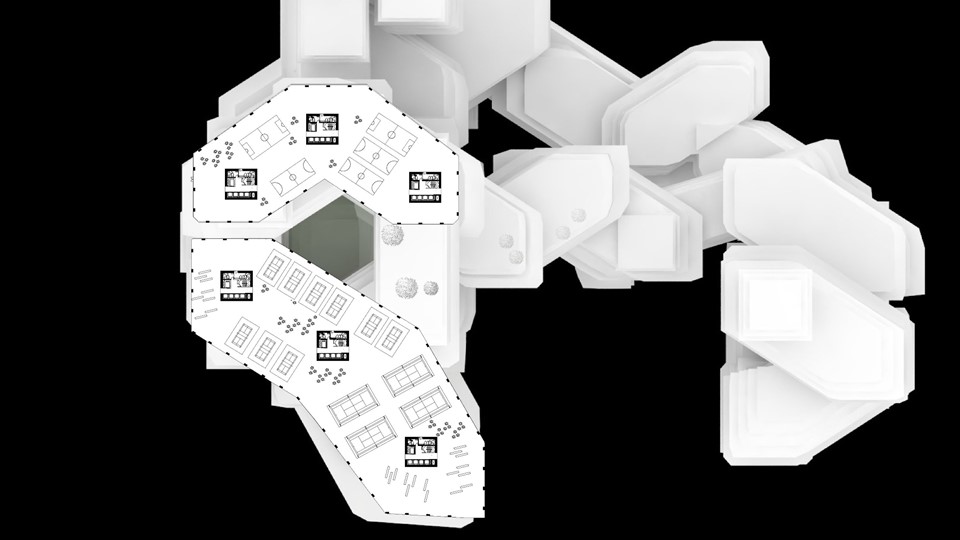 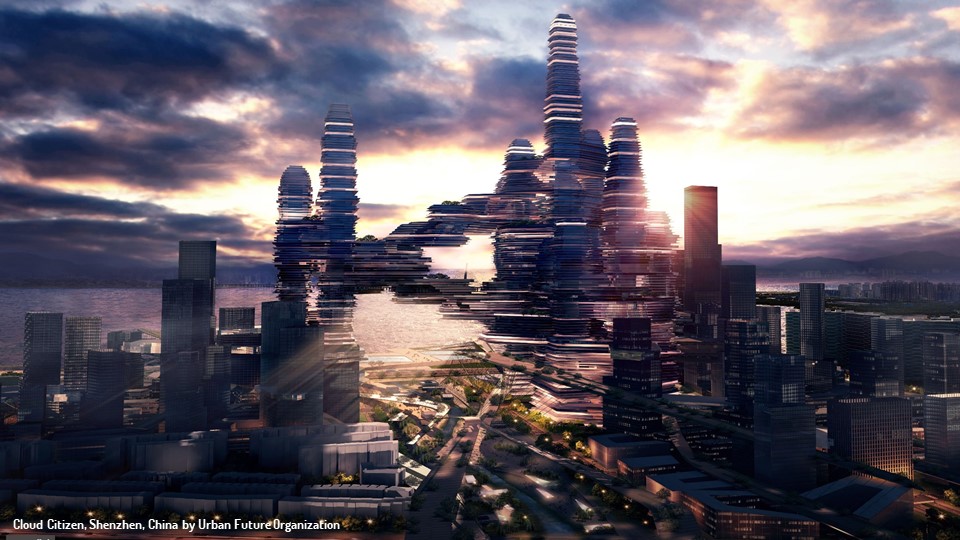 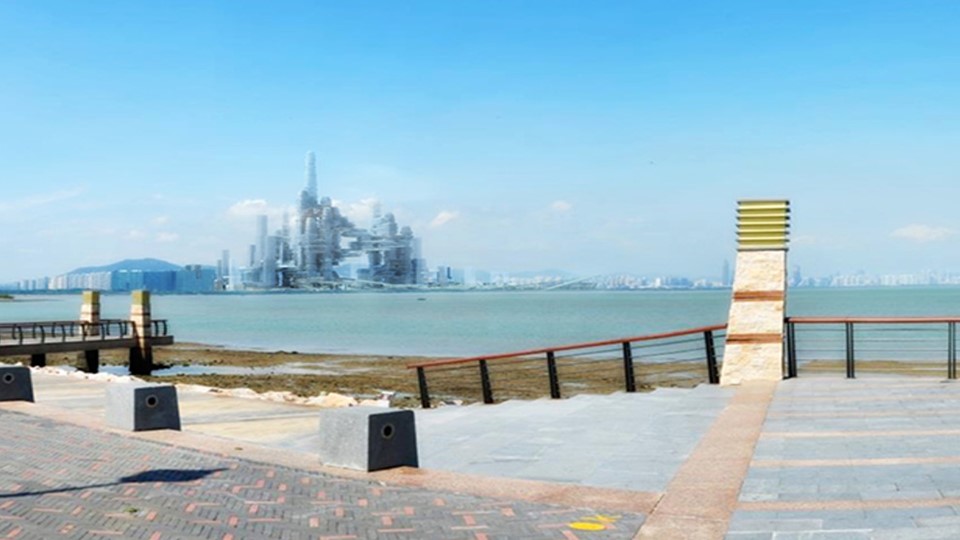 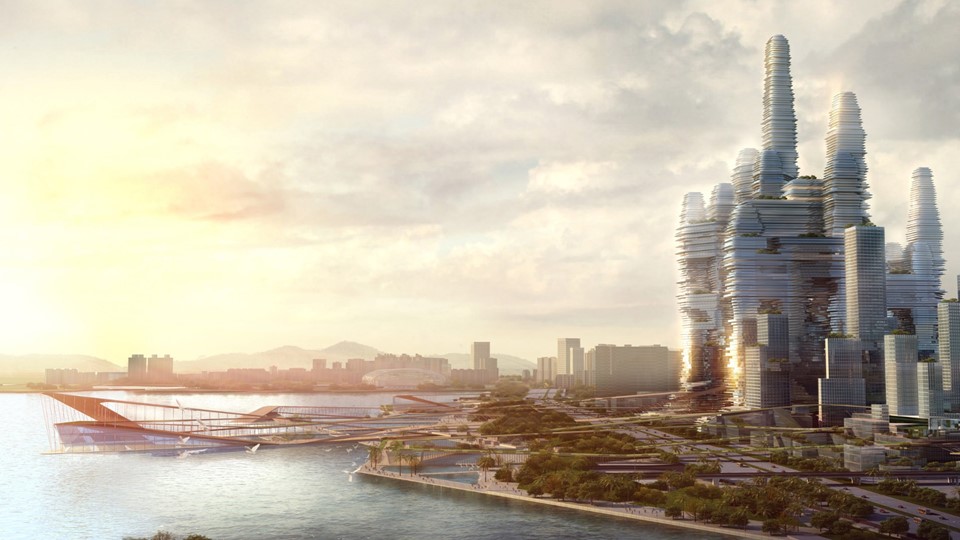 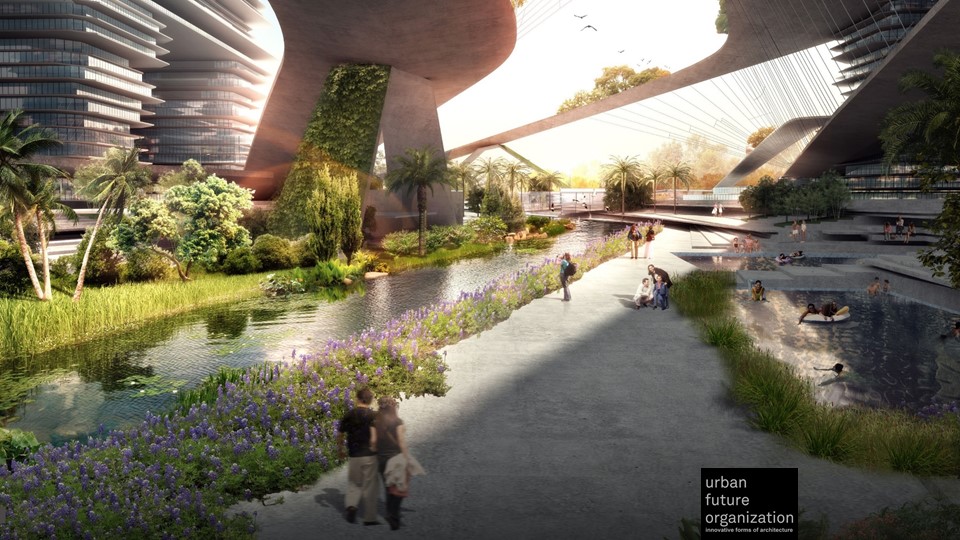 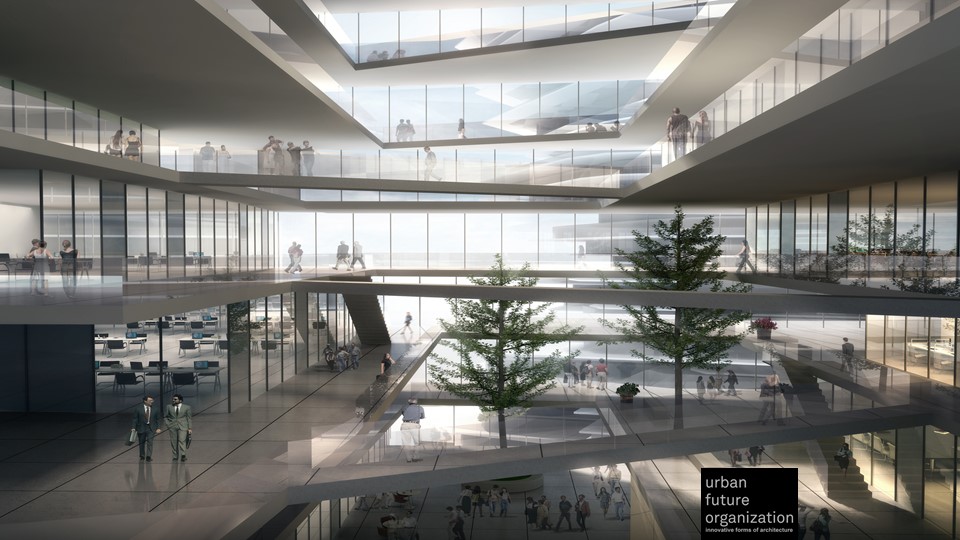 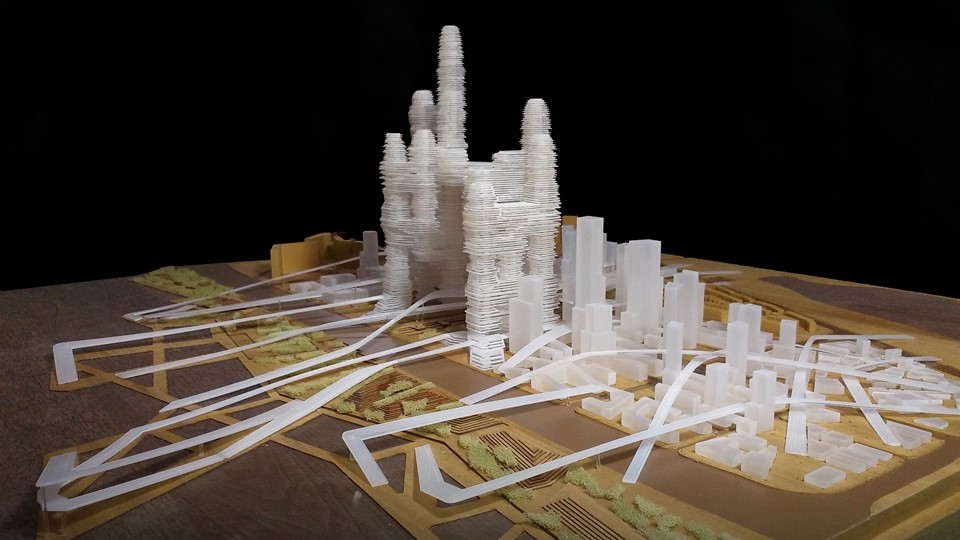 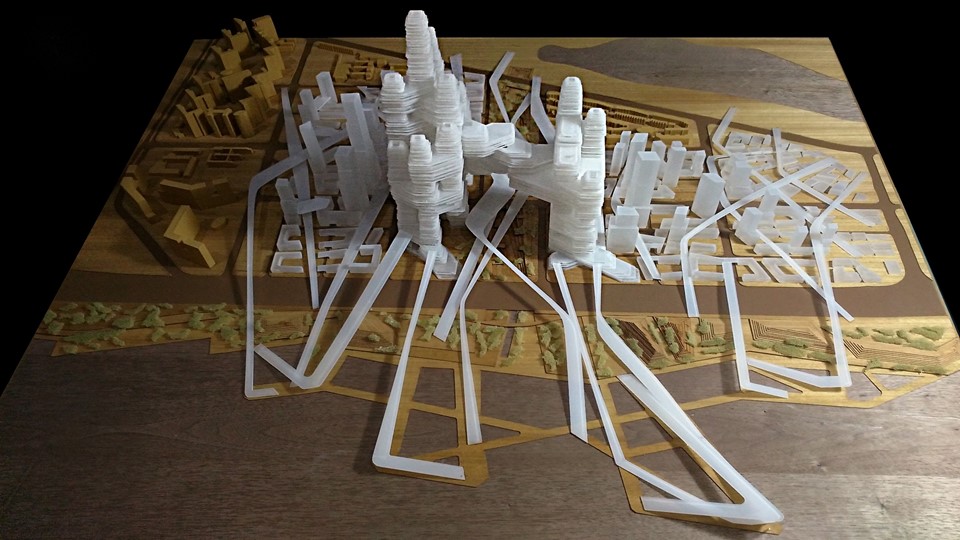